NAVY VETERANS ARE BACK-STABBED AND BETRAYED BY THE UNITED STATES SECRETARY OF VETERANS AFFAIRS WHO IS NOTHING MORE THAN JUST ANOTHER WASHINGTON POLITICAL HACK.

IT TURNS OUT VA SECRETARY ROBERT L. WILKIE JR. IS ONE OF THOSE SLIMY CREATURES FROM THE WASHINGTON “SWAMP” – AND TRULY INSENSITIVE TO SUFFERING OF AMERICA’S VETERANS.

AGING VIETNAM NAVY VETS CONTINUE TO LANGUISH FROM THE POISON KNOWN AS AGENT-ORANGE. THE VETERANS ADMINISTRATION HAS CONTINUALLY DENIED THESE LOYAL VETERANS THEIR WELL-DESERVED BENEFITS TO BATTLE AGAINST THIS DEADLY TOXIN – NEW BILL WOULD HAVE CORRECTED THIS HORRIBLY PROLONGED INJUSTICE.

WE BESEECH PRESIDENT DONALD J. TRUMP TO TELL HIS VA SECRETARY, “DO THE RIGHT THING, OR I WILL FIRE YOUR ASS, AND FIND SOMEONE WHO REALLY CARES ABOUT OUR VETERANS!”

AGENT ORANGE is an herbicide and defoliant chemical, one of the tactical use Rainbow Herbicides. It is widely known for its use by the U.S. military as part of its herbicidal warfare program, Operation Ranch Hand, during the Vietnam War from 1961 to 1971.

It is a mixture of equal parts of two herbicides, 2,4,5-T and 2,4-D. In addition to its damaging environmental effects, traces of dioxin found in the mixture have caused major health problems for many individuals who were exposed.

The United States government has challenged these figures as being unreliable. The chemical is capable of damaging genes, resulting in deformities among the offspring of exposed victims.

We have no doubt that President Donald Trump is sincere when he says he loves our military and will do all he can to support them and our veterans. But he has been undercut by “swamp creature” Robert L. Wilkie, Jr., his new Secretary of Veterans Affairs.

The bitter phrase “delay and deny, until they all die” is never truer than today when we discover that Wilkie (a lieutenant colonel in the Air Force Reserve) lied about granting a face-to-face meeting with retired Navy CDR John Wells, the executive director of Military Veterans Advocacy, to discuss finally obtaining justice and deserved benefits for “Blue Water Navy” vets of the Vietnam war.

The slimy political hack VA Secretary and his boot-licking mouthpiece Dr. Paul Lawrence (VA Under Secretary for Benefits) fired a torpedo into legislation which passed overwhelmingly in the U.S. House of Representatives 382-to-ZERO and currently has the support of over 80 of the 100 members of the U.S. Senate.

If there was ever a bipartisan Bill, this is it; but, political operatives like Dr. Paul Lawrence speaking for the VA Secretary are attempting to kill the Blue Water Navy Act Bill in committee so it does not come up for a vote in the United States Senate. Killing the Bill in committee would essentially destroy this desperately needed legislation designed help alleviate the suffering of our afflicted veterans.

Damit! This is just so beyond the pale and outside the bounds of acceptable behavior for anyone connected with the Veterans Administration. Denying our suffering veterans the help they need is unforgivable, intolerable and downright disgraceful.

It’s very likely that if Secretary Wilkie’s father (Robert Leon Wilkie Sr.) had been sprayed by American aircraft with a chemical weapon like agent orange when he was a Army artillery officer, our current VA Secretary might be singing a different tune indeed.

VA Secretary Robert L. Wilkie, Jr. deceitfully used the same faulty excuse to do nothing by repeating the same falsehoods that the Obama and earlier administrations used to deny these aging Navy veterans desperately-needed benefits. And the new VA Secretary also victimizes the children and grandchildren of sailors who are dying off at an alarming rate from exposure to Agent Orange dioxin poison.

Many years ago, a Bill passed by the House restored benefits that had been authorized by Congress in 1991, but later were stripped by administrative decision in the Department of Veterans Affairs. As a result thousands of Navy personnel who served aboard ships during the Vietnam war lost medical coverage for conditions caused by exposure to Agent Orange.

These naval personnel had served in the bays, harbors and territorial seas of South Vietnam, and were just as deserving of these critically needed health benefits as were the ground troops.

The fate of the Bill has been held in hands of Sen. Johnny Isakson, Chairman of the Veterans Affairs Committee. He won’t let the Bill out of committee, thus killing it. We need to convince Senator Isakson why it’s important to uphold a sacred covenant with our the American veteran who trusted his government to not needlessly place his/her life in danger. We hope the Senator has more compassion than our VA Secretary.

Be respectful and polite, but let him know you VOTE, and that you did not elect Donald Trump or him (Senator Isakson) to continue this denial of justice for veterans of our military. You voters in Georgia, we especially need you to send this message to your representatives in the Senate.

Secretary Robert Wilkie cruelly repeated the same bullshit Obama’s VA flunkies used to crush the Bill in past years. He wrote a letter to Sen. Isakson claiming that “science does not support the veterans’ claims of exposure.” Oh, yeah? This directly contradicts testimony of veterans service organizations, hydrologists, and Navy experts.

Incredibly, the Veterans Administration is attempting to get people to believe these veterans are simply dying of old age and not exposure to agent orange. Denying health benefits based with this flimsy response is sophomoric and absolutely outrageous on its face.

“The man (Wilkie) promised to meet with me face-to-face on this and he broke his promise,” said CDR John Wells. “That, to me, is a cowardly betrayal.” We at MilitaryCorruption.com whole-heartedly agree.

There is a special place in hell reserved for those who turn their backs on people who risked their lives to defend America and American interests throughout the world. American service men and women who served in Vietnam did not know they were risking their lives from not only the enemy, but the United States government who was secretly spraying this deadly poison over their heads.

For the past fifty years, American veterans continue to fight their own government, a government that prefers to bury the past by literally burying the afflicted. Our government has chosen to completely ignore a solemn promise and sacred covenant with all of America’s veterans. And, with all that we have witnessed in this particular case alone, can we, in good conscience, recommend military service to any bright-eyed, naive young person? This may be the real debate all Americans need to have.

How can America say, “thank you for your service,” then when our military veterans cry out for help in the sunset of their lives, our government pulls the rug out from underneath them? MilitaryCorruption.com will not forget them and will continue to expose all those involved with this monumental betrayal of trust.

WE URGE OUR READERS TO PROTEST THIS LATEST BETRAYAL OF PRESIDENT TRUMP AND THE BLUE WATER NAVY VETERANS. PHONE, E-MAIL AND LET THE WHITE HOUSE KNOW SECRETARY WILKIE’S ACTIONS ARE ABSOLUTELY UNACCEPTABLE. 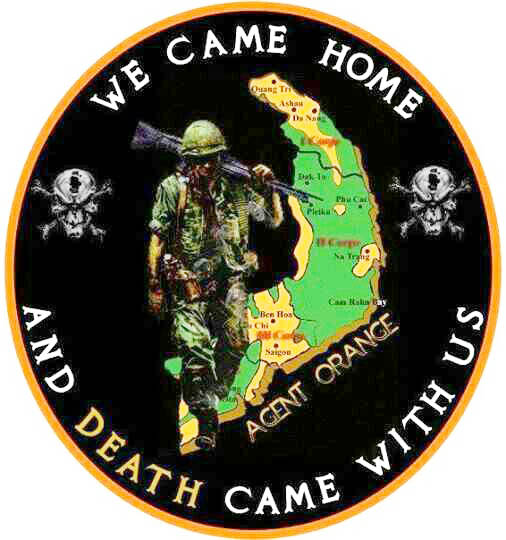 DELAY AND DENY UNTIL THEY ALL DIE

BRENDA “THE SELLOUT” MURPHY, PRESIDENT OF SOUTH CAROLINA’S NAACP IS RESPONSIBLE FOR NOT DOING HER JOB BY FAILING TO DEFEND AMERICA’S BLACK CITIZENS, HORRIBLY WRONGED BY THE SYSTEM; IN SOME CASES, WRONGED BY BRENDA MURPHY HERSELF.

THE UNITED STATES NAVY COULD NOT ADMIT TO MISTAKES, SO THEY MADE CAPTAIN BRETT CROZIER THE FALL GUY. THE CNO AND SECDEF DECIDED TO FIRE CAPT. CROZIER IN A PATHETIC DISPLAY OF POOR LEADERSHIP

Where stupid policy and stupid decisions are concerned, the Secretary of Defense Mark Esper and CNO, Adm. Mike Gilday are JOINED AT THE HIP. REVIEW The COVID-19 virus began to sweep the world. Captain Brett [ … Read More]