Did you know that US military veterans residing on American soil in the US territories, such as Guam, Puerto Rico, US Virgin Islands, or American Samoa are denied the right to vote in American elections?

Guam, for example, is a tiny western Pacific US territory, one-third of it occupied by two US military bases, taken as spoils of war in 1898 and 1944. Its indigenous Pacific Islander people (the Chamorros) have long struggled for civil rights as well as political self-determination. As crazy as it sounds, no resident on Guam can vote for president or vice president of the US, although they are US citizens by birth.

The Governor of Guam (Eddie Baza Calvo) is attempting to draw attention to the injustice of this issue with his initiative “A Veteran, a Vote” — because Guam has the highest military enlistment in the States or territories (one out of every eight adults on Guam), and with all this, Guam is dead last in veterans funding. Guam has highly decorated service-members such as former Congressman and Brigadier General Ben Blaz, USMC (Ret.), and Command Sgt. Maj. Martin Manglona, US Army (Ret.).

Guam’s non-voting delegate to the US House of Representatives, Madeleine Bordallo, is preparing a House resolution on the issue as well. At a time when the country is debating rights for illegal immigrants, we should be talking about the rights being denied to people who are already Citizens of the United States. Why are real American Citizens being treated as second-class citizens? 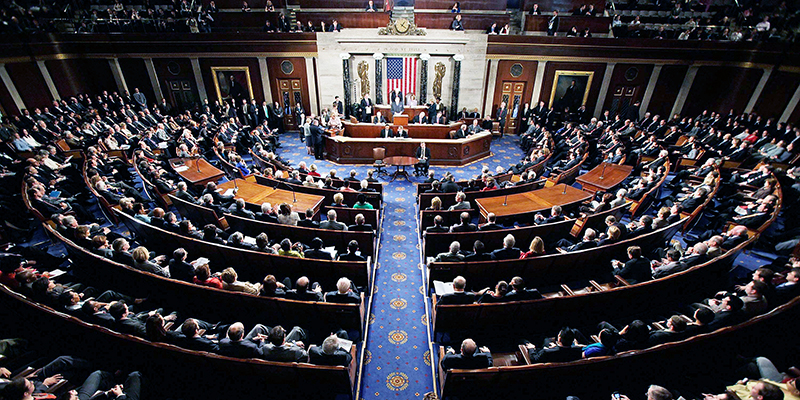 A resident of Guam shared her personal story. Dr. Elizabeth Bowman, Ph.D. said she was born in Michigan (to descendants of Irish and German immigrants), and, when she moved to Guam in 2012, SHE LOST HER VOTING RIGHTS. As a longtime admirer of the suffragettes who won women the right to vote, Dr. Bowman often wondered if she would have the same kind of courage they displayed back in the 1920s.

Dr. Bowman and others living on Guam have discovered just how hard it is to gain attention from the lawmakers in Washinton, even if it’s for a good and just cause when you live on the westernmost point (in terms of jurisdiction) which is a territory of the United States. Most people residing in the Fifty American States do not know the inhabitants of Guam (called Guamanians), and other territorial possessions are American citizens by birth.

And, most Americans have no clue, that even people born in the United States and served in our military have no right to vote for the next President or Vice President because they live in one of the territorial possessions of the United States. But, if you climb onto a train in Mexico and illegally enter the United States, there are thousands of American politicians doing their level best to provide everything they need including the right to VOTE.

This is a simple fix. Congress needs to immediately pass a law which categorically states that ANY AMERICAN CITIZEN can vote in all AMERICAN elections regardless of where they live in the world. The law should spell out that voting is a sacred RIGHT PROVIDED TO ALL AMERICANS by the Founding Fathers, but especially those who have served in THE UNITED STATES MILITARY. If we put a man on the moon fifty years ago, then we should be able to figure out a way to allow people to VOTE from anywhere on the globe and report those VOTES in a timely fashion.

“Half an American” – Guam Veterans’ Struggle for Voter Equality, By Franklin Troy Fegurgur

PETITION FOR A WRIT OF CERTIORARI

AN OPEN LETTER TO THE NATION
From: Eddie Baza Calvo, Governor of Guam

As another Fourth of July passes, in which our nation celebrates our independence from colonial Britain, and as debates over illegal immigrants continue to rend at the fabric of our unity, I ask you to join me in considering the rights of our own U.S. citizens in our island territories.

As the governor of the U.S. territory of Guam, I bring to your attention a matter of great importance to our nation — the plight of the U.S. veteran.

Our island of Guam is an American stronghold in the western Pacific and the “tip of the spear” in safeguarding our national security. Our people are among the most patriotic of Americans:

So many of Guam’s veterans laid down their lives, and thousands more fought and bled on foreign shores in the service of America’s noblest ideal — the defense of democracy. Today, sons and daughters of Guam continue that legacy of service. Yet, despite this, not one of these U.S. citizens can participate in the democratic process with a vote for their Commander-in-Chief, the American president.

This tragic irony affects thousands of our American citizens and military veterans living across the U.S. territories: “equal in war, unequal in peace,” as our late delegate from Guam, Brigadier General Ben Blaz, USMC (Ret.), told Congress. Would we permit this to happen anywhere else, on the streets of Brooklyn or in the small towns of Illinois, for those who gave their very lives to our nation?

“America, My Irony,” is a memorial poem about the Guam U.S. Veterans Cemetery. The Guamanian-American author, Joseph W. Duenas is the son of a 27-year veteran of the U.S. Army. His message resonates with our veterans, our military families, the U.S. citizens of Guam, and all brothers-and sisters-in-arms across the United States: “And stacked four-high in concrete crypts, the U.S. soldiers lie, no voice or vote for president, democracy denied.”

American veterans residing in Guam and other U.S. territories have served our nation tirelessly for generations now, advocating with force of arms to protect our rights. At a time of the heated national debate, when voices are raised high for the rights of non-citizens and immigrants, whose voices are raised for their rights?

My fellow Americans, we have fallen short in advocating for the rights of our most honored citizens — our veterans. It is time to right this wrong. Where there is a veteran, there must be a vote.

THE BACKSTORY BEHIND THE EDDIE GALLAGHER CASE AND LESSONS LEARNED – THE UNITED STATES NAVY WILL RESORT TO BLACKMAIL AND SUBORNING PERJURY TO HANG A MURDER-RAP ON YOUR ASS!

Some of the puzzle pieces are beginning to come together in the Navy vs. Eddie Gallagher case which recently was decided in San Diego, California. When Seal Chief Eddie Gallagher was found not guilty of [ … Read More]

THE VA PROVES ONCE AGAIN, THEY DON’T GIVE A TINKER’S DAMN ABOUT AMERICA’S VETERANS – 20,000+ RADIOLOGICAL SCANS WERE ALLEGEDLY CERTIFIED BY THE DOCTOR’S NEPHEW WHO HAD NO MEDICAL TRAINING

The DORN VA Medical Center is a real piece of work… yes, we cleaned it up. We said, “piece of work.” We are told that in 2017, the Head of Radiology at the Dorn VA [ … Read More]

DISA CHRONICLES, CHAPTER 6: WASHINGTON’S MOST CORRUPT AGENCY (AND THAT’S SAYING SOMETHING), JUST KEEPS GETTING WORSE BY THE DAY.

Just when you think you are out, they pull you back in (The movie God Father, Part 3, 1990). And, that’s the way we feel as people continue to come forward to share information about [ … Read More]