Everyone has their own definition of what a “hero” really is. Most real heroes don’t even want to talk about it. They mostly feel they were just doing their job and got very lucky in the process. Heroes in the American military are generally recognized for their heroism with plaques, medals and decorations. For acts of bravery and heroism that are above and beyond the call of duty, our military bestows it’s highest award, the Medal of Honor.

Those responsible for assigning the Medal of Honor have failed terribly in their duty, by not draping this emblem of valor around the neck of Ed Eaton who was a sniper for the Army in Vietnam. In fact, the United States Army has been derelict in their duty for failing to recognize the extraordinary courage and bravery of Sgt. Ed Eaton.

The Medal of Honor is the United States of America’s highest and most prestigious personal military decoration that may be awarded to recognize U.S. military service members who distinguished themselves by acts of valor, meaning boldness in facing great danger, especially in battle. The medal is normally awarded by the President of the United States in the name of the U.S. Congress. 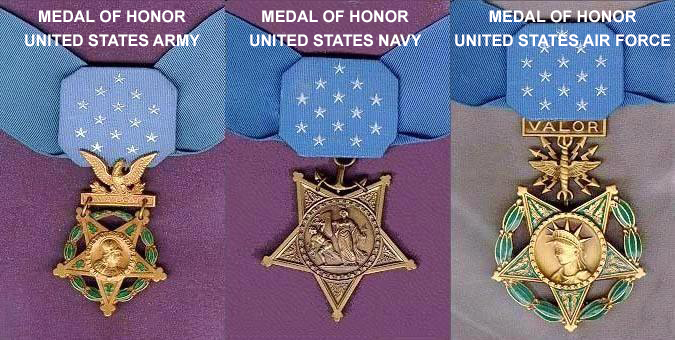 There are three versions of the medal, one for the Army, one for the Navy, and one for the Air Force. Personnel of the Marine Corps and Coast Guard receive the Navy version. The Medal of Honor is the oldest continuously issued combat decoration of the United States armed forces. The Medal of Honor was created as a Navy version in 1861 named the “Medal of Valor,” and an Army version of the medal named the “Medal of Honor” was established in 1862 to give recognition to men who distinguished themselves “conspicuously by gallantry and intrepidity” in combat.

The President normally presents the Medal of Honor at a formal ceremony in Washington, D.C., that is intended to represent the gratitude of the U.S. people, with posthumous presentations made to the primary next of kin. According to the Medal of Honor Historical Society of the United States, there have been 3,519 Medals of Honor awarded to the nation’s soldiers, sailors, airmen, Marines, and Coast Guardsmen since the decoration’s creation, with just less than half of them awarded for actions during the four years of the American Civil War.

There have been 262 MOH awards bestowed on those involved in the Vietnam War and we at MilitaryCorruption.com believe there is one name missing from that list, the name of Ed Eaton. We could write why we feel he deserves the Medal of Honor, but this video really explains it much better than we can…

For some unknown reason, the military has utterly ignored the testimony of two field grade officers Airborne, Ranger, Special Forces qualified with five tours of duty (Maj. Mike Perkins & Col. Peter Peterson). Disregarding the testimony of these two men insults Ed Eaton more than anything else.

Instead the United States Army sent Eaton a bullshit letter. They didn’t investigate, or even request the testimony of those who were actually there. Eaton found the letter on his front porch one rainy day and sent it back to the Army citing the Army’s utter disregard of the Perkins and Peterson testimony. It’s hard for a combat veteran to accept that people who are dishing out the medals and decorations have little or no combat experience.

Loyal to a fault, Major Mike Perkins communicated his displeasure with an Army female colonel in-charge of the Army’s Awards Board questioning her credentials of even conducting a valid investigation about any combat action. It’s likely, the frustration of Eaton, Perkins and Peterson with the Army boiled over, because in their infinite wisdom the Army assigned people to the Awards Board who have little or no actual combat experience.

Major Perkins, believing that he would not be alive were it not for the courage and skill of Ed Eaton took it upon himself to conduct his own investigation which included speaking with others involved with the mission that night. Realizing that everything that occurred that night was fully corroberatted by several others, Perkins decided to submit paperwork to get Ed Eaton the Medal of Honor that he so richly derserves.

After that, crazy requests followed from the Army’s Awards Board. They asked stupid questions like, “What was the moral of the enemy” and “You’ve given us 6 digit grid co-ordinates; we need 8 digit.”  There were other ridiculous questions but those two questions alone took Major Perkins years to satisfy. Curiously, never during this time period were the testimonies ever challenged, because the Army knew it was all factually correct.

As Major Perkins became increasingly frustrated with the Army’s delaying tactics, Colonel Pete Peterson took the baton and ran with it. Once again, he got nothing but bullshit from the Army. Colonel Peterson passed away in 2016.

At present Congressman Kurt Schrader’s Military Liaison is now allegedly running with the baton. The Congressman’s office received a reply from the Army saying they could not upgrade more than once. After a full year, the Army said that, if Ed Eaton was to disown the previous awarded Bronze Star; the Army would proceed with the recommendation. Eaton signed a document doing just that.

A year later, the Army wrote back with the same letter, just as if Eaton had not submitted his statement disowning his Bronze Star award. This could be a simple administrative mistake, or it could be part of a delaying tactic the Army is using, who knows? Please God tell us the Army has not adopted the same tactic used by the Veterans Administration, “delay and deny, until the all die.”

As for Congressman Schrader’s office, Sgt. Ed Eaton has not heard from his office in quite awhile. Are they still working on the case, or was Eaton just a campaign issue to get elected? Sorry if that sounds jaded, but we have reason to be jaded where Congress is concerned.

Folks, it’s pretty obvious as to what is going on here. Sergeant Ed Eaton, Major Mike Perkins and Colonel Pete Peterson became terribly frustrated when the United States Army would not lift a finger to investigate the heroic effort that occurred in a rice paddy nearly fifty years ago. By all rights, the Congressional Medal of Honor should have been awarded to Ed Eaton in 1969. Perhaps, words were said or written that made people on the Awards Board of the Army turn into bureaucrats that decided to show Sergeant Ed Eaton just how the cabbage was chewed, meaning… just who was boss.

Sergeant Ed Eaton should have the Medal of Honor, because he earned it, regardless of any words the Army found offensive. He demonstrated all the skill and courage that Sgt. York or Audie Murphy demonstrated in previous wars. The Army needs to rise above pettiness and disregard any offensive words born out of frustration.

Surely, people can understand how combat veterans can become frustrated with those tasked with approving combat medals that have little or no combat experience themselves. Sgt. Eaton’s extraordinary courage, bravery and skill in the face of overwhelming odds needs to be recognized for posterity. His heroism rises far above the level of a Bronze Star.

RECOGNIZED BY HIS FELLOW SNIPERS

Sgt. Ed Eaton was recently honored by his brother snipers and given the “Silent Warrior Award” by the Army Sniper Association. He was also awarded the “Order of Saint Maurice” by the Army Infantry Association. His greatest pleasure has been from his fellow infantryman who have read his book, “MEKONG MUD DOGS.”

Remarks from his fellow warriors who have read his book has helped to keep Sgt. Eaton centered. Serving with fellow soldiers in actual combat forges a bond that lasts a lifetime. In the future, MilitaryCorruption.com is planning to do a book review on Sgt. Eaton’s book.

A SPECIAL NOTE TO THE PRESIDENT

Mr. President, sir, we ask that you take-the-bull-by-the-horns on this matter as Commander-in-Chief of the armed forces. Consider issuing a direct order to the Pentagon to “encourage” the Army to recommend Sergeant Ed Eaton for the Medal of Honor. There is no reason not to give this brave and extraordinary man the recognition he truly deserves.

To expedite matters, and because we know you are a man of action Mr. President, we have drafted an EXECUTIVE ORDER, to the Pentagon on your behalf. It’s written in the vernacular the Army will understand, although the words may not be what you would chose, but you get the idea.

As a final note, we found a YouTube clip of Sgt. Ed Eaton appearing with the late, great R. Lee Ermey and Sawman on GUNNYTIME.

NATIONAL GUARD IS A HUGE CESSPOOL OF CORRUPTION THROUGHOUT THE UNITED STATES AND ITS TERRITORIES – VERY SELDOM DO THE GENERALS PULL INK IN A MAJOR NEWSPAPER FOR THEIR BRAZEN MISCONDUCT, BUT THEY DID THIS TIME.

WE PAY OUR RESPECTS TO ALFRED PROCOPIO JR. AND HIS FIGHT FOR VA BENEFITS. THE VA IMPLEMENTED THEIR FALL-BACK POLICY OF “DELAY AND DENY, UNTIL THEY ALL DIE,” TO AVOID THE COST OF HELPING SICK NAVY VETERANS EXPOSED TO AGENT ORANGE.

Right away, some of our younger readers are turned off. They would rather not bother themselves with the horrors of past wars. America’s wars are now in the dustbin of history, out of the collective [ … Read More]