It’s with a heavy heart that we charge President Trump and his administration with a betrayal of America’s veterans. Virtually all of us at MCC support and root for President Trump knowing the massive attacks he is being subjected to on any given day. But, this betrayal of our veterans is unacceptable and we have to address the root causes of why our veterans have been denied benefits they justly deserve.

When the President discovered the BILL (Blue Water Navy Veterans Act) had unanimously passed the House, he could have picked up the phone calling the turtle (Sen. Mitch McConnell) demanding the BILL be voted on in the Senate and placed on his desk by the end of the week.

Instead, the betrayers killed this life saving BILL in a Senate subcommittee to prevent it from going to the floor for a vote where it surely would have passed. And sadly, the President did not make the call.

After these painful betrayals, a nonprofit group achieves a stunning victory in court in their effort to obtain healthcare benefits from the VA for Navy veterans from the Vietnam war. Under the guiding hand of their executive director and former Navy commander, the “Military Veterans Advocacy” (MVA) organization has been working for years to obtain health benefits for Navy veterans who were exposed to Agent Orange in Vietnam.

The MVA achieved a stunning victory last year when the United States House of Representatives unanimously voted in favor of the “Blue Water Veterans Act,” but it ultimately died in a Senate subcommittee when the VA sent two henchmen to a hearing lobbying against the BILL.

Why the VA prefers to allow our veterans to suffer from diseases the United States government caused is still a mystery. Why President Trump who was surely briefed about pending legislation did not pick up the phone and demand the BILL be placed on his desk is also a mystery.

Some in our government probably believed the cost to cover our veterans would break the budget. This comes from a government that gave a terrorist country (Iran) 150 billion in cash all shrink-wrapped on put on pallets.

Of all the wasteful programs the government pays for, they were not able to find the money to help our suffering veterans. Billions of dollars are spent trying to educate the general public on common sense issues.

The following is the press release from the “Military Veterans Advocacy” group who has been working for years to obtain healthcare benefits for Navy veterans from the VA. 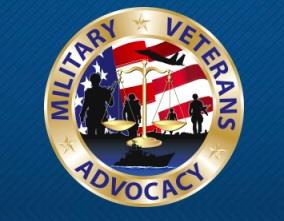 The United States Court of Appeals for the Federal Circuit today ruled that Navy service members who served in the coastal waters and territorial seas of Vietnam are to be considered eligible for benefits related to Agent Orange exposure.

In 1991, Congress passed the Agent Orange Act, granting certain benefits for service men and women who served in the Republic of Vietnam between 1962 and 1975.

In 1997, the Department of Veterans Affairs counsel decided that only service members who actually set foot on Vietnamese soil would be eligible for Agent Orange benefits.

“What this decision overlooked was that Navy service members who never left ships were still exposed to Agent Orange, often in even more damaging ways,” Wells said.

Studies have shown that Agent Orange, a defoliant later found to be carcinogenic, toxic and otherwise harmful to humans, was in runoff from Vietnam and was literally sucked into the filtration systems aboard ships in the coastal waters and territorial seas.

Rather than removing Agent Orange, the filtration process actually exacerbated its harmful effects. Service members aboard ships were thus exposed to enhanced toxicity as they bathed in and ingested contaminated waters.

“For years, Navy veterans have suffered with the effects of Agent Orange exposure while the VA remained recalcitrant,” Wells said.

Last year, the United States House of Representatives unanimously passed the Blue Water Navy Veterans Act, which would have overturned the VA’s 1997 decision and restored benefits.

The bill stalled in the Senate, with Senators Mike Lee (R-UT) and Mike Enzi (R-WY) placing holds on the legislation because of concerns about cost. “We found a way to offset the projected cost of restoring these benefits, but this was never about money,” Wells said. “While the VA and Senate stalled, innumerable veterans were denied palliative and potentially lifesaving benefits.”

While working to get the legislation through the House again in the new Congress, Wells simultaneously battled in court through the Procopio case, partnering with attorney Melanie Bostwick of Orrick, Herrington and Sutcliffe, LLP, in Washington.

“We are thrilled by today’s ruling from the Court of Appeals,” Wells said. “The many people who fought this battle alongside us and the veterans whose lives have been forever changed by the VA’s policy are all due thanks and credit.” Military-Veterans Advocacy is a tax exempt non-profit corporation based in Slidell, Louisiana.

For those unfamiliar with the whole Agent Orange issue, take a few minutes more to read the following background…

In mid-1961, President Ngo Dinh Diem of South Vietnam was “encouraged” by the United States to conduct aerial herbicide spraying over Vietnam.

During the Vietnam War, between 1962 and 1971, the United States military sprayed nearly twenty million (20,000,000) gallons of various chemicals – the “rainbow herbicides” and defoliants – in Vietnam, eastern Laos, and parts of Cambodia as part of Operation Ranch Hand, reaching its peak from 1967 to 1969.

The goal was to defoliate rural/forested land, depriving guerrillas of food and concealment and clearing sensitive areas such as around base perimeters.

The program was also a part of a general policy of forced draft urbanization, which aimed to destroy the ability of peasants to support themselves in the countryside, forcing them to flee to the U.S.-dominated cities, depriving the guerrillas of their rural support base.

The first batch of herbicides was unloaded at Tan Son Nhut Air Base in South Vietnam, on January 9, 1962. U.S. Air Force records show at least 6,542 spraying missions took place over the course of Operation Ranch Hand.

By 1971, 12 percent of the total area of South Vietnam had been sprayed with defoliating chemicals, at an average concentration of 13 times the recommended U.S. Department of Agriculture application rate for domestic use. In South Vietnam alone, an estimated 39,000 square miles of agricultural land was ultimately destroyed.

In some areas, Agent Orange concentrations in soil and water were hundreds of times greater than the levels considered safe by the U.S. Environmental Protection Agency.

In 1965, members of the U.S. Congress were told “crop destruction is understood to be the more important purpose … but the emphasis is usually given to the jungle defoliation in public mention of the program.”

Military personnel were told they were destroying crops because they were going to be used to feed guerrillas. They later discovered nearly all of the food they had been destroying was not being produced for guerrillas; it was, in reality, only being grown to support the local civilian population.

For example, in Quang Ngai province, 85% of the crop lands were scheduled to be destroyed in 1970 alone. This contributed to widespread famine, leaving hundreds of thousands of people malnourished or starving.

The U.S. military began targeting food crops in October 1962. The American public was not made aware of the crop destruction programs until 1965. In 1965, 42 percent of all herbicide spraying was dedicated to food crops. The first official acknowledgement of the programs came from the State Department in March 1966.

Many experts at the time opposed herbicidal warfare due to concerns about the side effects to humans and the environment by indiscriminately spraying the chemical over a wide area.

As early as 1966, resolutions were introduced to the United Nations charging that the U.S. was violating the 1925 Geneva Protocol, which regulated the use of chemical and biological weapons.

The U.S. defeated most of the resolutions, arguing that Agent Orange was not a chemical or a biological weapon as it was considered a herbicide and a defoliant and it was used in effort to destroy plant crops and to deprive the enemy of concealment and not meant to target human beings.

The U.S. delegation argued that a weapon, by definition, is any device used to injure, defeat, or destroy living beings, structures, or systems, and Agent Orange did not qualify under that definition.

It also argued that if the U.S. were to be charged for using Agent Orange, then Britain and its Commonwealth nations should be charged since they also used it widely during the Malayan Emergency in the 1950s.

NAVY VETERANS ARE BACK-STABBED AND BETRAYED BY THE UNITED STATES SECRETARY OF VETERANS AFFAIRS WHO IS NOTHING MORE THAN JUST ANOTHER WASHINGTON POLITICAL HACK.  IT TURNS OUT VA SECRETARY ROBERT L. WILKIE JR. IS ONE OF [ … Read More]

Captain Robert J. Naughton, served his country, and suffered for his country when he was held captive for years in Hanoi during the Vietnam War. By many accounts, he is a kind and good man, [ … Read More]