His father, Stephen Decatur Sr., was a commodore in the U.S. Navy, and brought the younger Stephen into the world of ships and sailing from early on. Shortly after attending college, Decatur followed in his father’s footsteps and joined the U.S. Navy at the age of nineteen as a midshipman.

Decatur supervised the construction of several U.S. naval vessels, one of which he later commanded. Promoted at age 25, he is the youngest man to reach the rank of captain in the history of the United States Navy. He served under three presidents, and played a major role in the early development of the American navy. In almost every theater of operation, Decatur’s service was characterized by acts of heroism and exceptional performance.

His service in the Navy took him through both Barbary Wars in North Africa, the Quasi-War with France, and the War of 1812 with Britain. He was renowned for his natural ability to lead and for his genuine concern for the seamen under his command. His numerous naval victories against Britain, France and the Barbary states established the United States Navy as a rising naval power.

Decatur’s career came to an early end when he was killed in a duel with a rival naval officer. Those were the days when you slapped a fellow officer in the face with your glove, if you wanted to legally kill him. Decatur emerged as a national hero in his own lifetime, becoming the first post-Revolutionary War hero. His name and legacy, like that of John Paul Jones, became identified with the United States Navy. 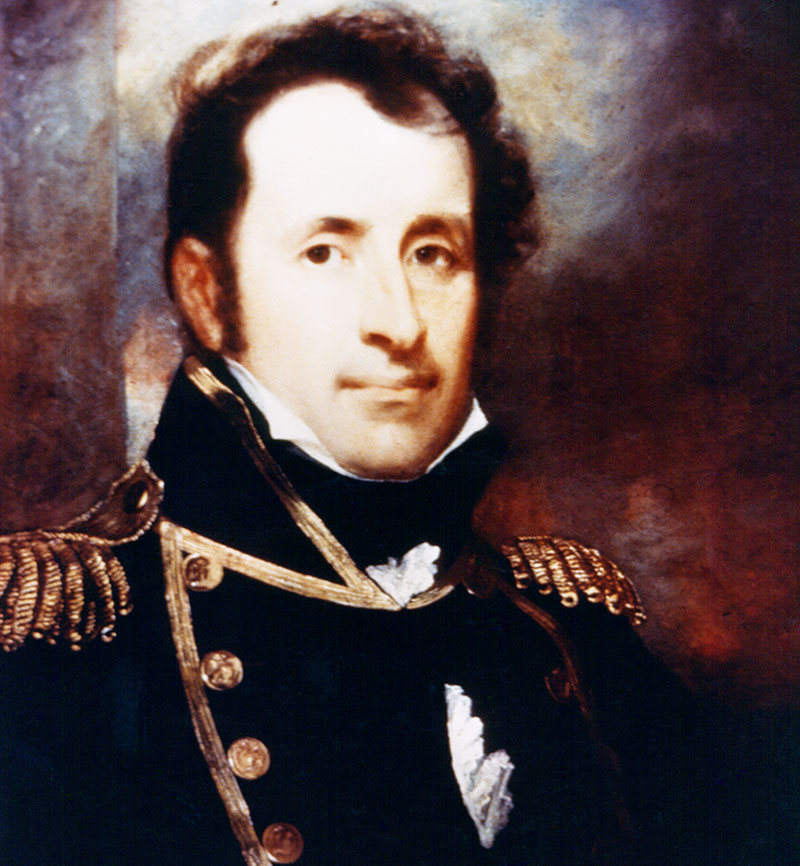 Even though Stephen Decatur and his father became synonymous with those attributes that Navy wanted all of their officers to have, there have been hiccups along the way. This time it was with a Navy commander serving aboard the ship that bears the name of Stephen Decatur.

According to the San Diego Union Tribune who first broke the story, the executive officer of the USS Decatur was fired last week by the Navy. Cmdr. Blandino A. Villanueva was relieved of duty “due to a loss of confidence in ability to lead.” Does that mean he slapped a sailor like General Patton did; we just don’t know. The Navy is not talking. But, rest assured our sources in the military will let us know the specific reasons Villanueva was forced to walk the plank.

Villanueva had been the second-in-command aboard the San Diego-based destroyer since February 2018, and has been reassigned to SURFPAC in Coronado. He was commissioned through Officer Candidate School in 1998, after graduation from San Diego State University. He served as executive officer of the guided-missile destroyer Gridley and in SURFPAC’s aviation department in years prior.

AIR FORCE RELIEVED BRIGADIER GENERAL KRISTIN GOODWIN – IT’S JUST ANOTHER CLASSIC EXAMPLE OF THE MILITARY POLICY OF “DIFFERENT SPANKS FOR DIFFERENT RANKS” – SOME GET RELIEVED OF DUTY, WHILE OTHERS GO TO PRISON.

In April 2019, the United States Air Force suddenly announced that Brigadier General Kristin Goodwin had been relieved as the “Commandant of Cadets” at the Air Force Academy in Colorado Springs, Colorado. Currently, one of [ … Read More]

Just when you think the United States military couldn’t sink any lower, they are going way past crush-depth as the submariners say. The Office of the Inspector General is caught in a web of lies [ … Read More]

NATIONAL GUARD IS A HUGE CESSPOOL OF CORRUPTION THROUGHOUT THE UNITED STATES AND ITS TERRITORIES – VERY SELDOM DO THE GENERALS PULL INK IN A MAJOR NEWSPAPER FOR THEIR BRAZEN MISCONDUCT, BUT THEY DID THIS TIME.