They provide information technology (IT) and communications support to the President, Vice President, Secretary of Defense, the military services, the combatant commands, and any individual or system contributing to the defense of the United States.

Given their enormous responsiblity, one would think DISA would be run a hell of a lot better than it is. The Director of DISA is VADM Nancy Norton, who decided to just collect a paycheck and leave leadership of her agency to idiots like Tony “The Swampman” Montemarano and Dave “BJ” Bennett.

Actor John Forsythe provided the voice of their boss, as the unseen Charlie Townsend who directed the crime-fighting operations of the “Angels” over a speakerphone.

Unlike the TV show, DISA has created a harem of women, that are hardly angels and certainly not crime fighters at all. Instead, some actually commit crime like Lisa “gimme a drink” Belt who was convicted of her second DUI and was involved in a hit-and-run. But, DISA had no problem with her drinking and driving, choosing to promote her instead while she languished in a prison cell.

The group of young women that Tony “The Swampman” Montemarano mentors, besides Lisa “let me outta jail” Belt are referred to as “Tony’s Angels.” Tony Swampman moves these women from one job to another at DISA for a variety of reasons. The shell-game he plays with promotions have become a joke across the Agency, with everyone laughing except for employees who were cheated out of a well deserved promotion, and the taxpayers who fund it all.

Swampman’s group of women that he promotes and protects are all Caucasian. Obviously, there should not be a quota system, but we find it awfully strange there are not minorities in the bunch. You don’t have to be a female to be in the club, but sadly, being Caucasian apparently gives you a leg up on the competition.

Folk’s, the Swampman and his pathetic Vice Admiral Norton who claims to be in charge NEEDS TO GO OUT THE DOOR. They need to be retired with or without a pension. Hey Nancy “Milk Toast” Norton, the racism, cronyism, nepotism and fraternizing at DISA has got to cease immediately. If you can’t do the job, then resign and let someone with some backbone take over.

Lisa “I am toasted” Belt
Carissa Landymore
Laura Herbertson
Jennifer Augstine
Caroline and Jonathan Kuharske
Terry Carpenter (former DISA SES used to call him – Swampman’s boy)
Brian Hermann – he apparently is guaranteed to be the next SES.
Drew Jaehning (next “Angel” after Hermann)

If your name is on this list and you feel you should not be, then email us. We have a team of people working on this now, and they are sure to double check with the numerous sources we have developed to determine if you have been unjustly listed above.

We wonder… which person is going to be in Swampman’s office next? Perhaps his new “special assistant” whom he slyly maneuvered into a coveted position at DISA, or perhaps the one he’s moved three times trying to get her a promotion.

If his “Angels” are not happy in their current position, he’ll move Heaven and earth to get them into another, even better job, regardless of qualifications or skills.

The slob we know as the Swampman, masterfully orchestrates promotions so his designated person won’t have to compete for the job. When they screw up the job, he once again steps in to move the shells on the table in order to procure another position.

We have been around long enough to know that when people do this, there is either money involved or someone is getting laid…. and/or both.

When their lack of experience, education and ability are exposed, Tony’s Angels run to him for protection. On the TV show, Charlie’s Angels would run around in bikinis fighting crime.

We vividly remember that many of the college dorm rooms in the 70’s posted the iconic picture of Farrah Fawcett in her swim suit. Many college aged young men would dream of having sex with Farrah, until she finally went crazy of course.

Ironically, Tony’s Angels may have provided sexual favors to get promoted, and to keep Tony’s protection when they got into trouble. Since SEX was a prevalent feature on the Charlie’s Angels TV show, the only difference at DISA is the Swampman has more Angels in his harem that did “Charlie.” 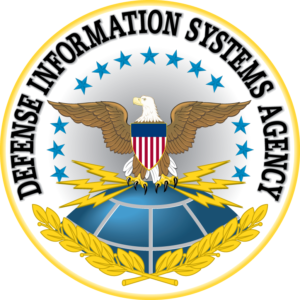 DISA’s reputation in Washington is in the toilet. There may be some movement to finally hold Lisa Belt accountable. We are told that her TS-SCI clearance has or will be suspended. We will believe it when we see it. As one of Tony’s Angels, the Swampman is feverishly attempting to find her a position that doesn’t require her to have clearance. Why? Because she is one of his “Angels.”

The mystery continues as to who was in that car with Lisa Belt when she had her hit-and-run? Even civilian authorities are keeping that information quiet, which tells us it’s one of the big-wigs at DISA who probably has a wife.

Rumor is floating around DISA that her passenger was the Acting Civilian Deputy, Eric Jackson. If true, then why hasn’t another security clearance been suspended or revoked.

Is it not a security concern when someone attempts to conceal a crime?Belt has had a drinking problem for a long time and DISA knew it, even when she was granted her TS-SCI clearance. She is a known drunk that has passes out at conferences, after-work functions and while on travel in the presence of several DISA so-called “leaders.”

Did VADM Norton ever see Lisa Belt in one of her frequent inebriated conditions and did nothing? Lisa Belt has been rumored to have affairs with men in the Agency to include with the current IE Acting Civilian Deputy.  Charlie Osborn is aware of the situation as he hired him as the IE Acting Civilian Deputy. During the affair, he was married to someone that work in the same Directorate.

Tammy Bennett was moved to CAE by Swampman and then moved to NSA and shortly thereafter to the Pentagon working at Army Acquisition Sustainment and logistics.

The Agency recently advertise Lisa Belt’s current position as a GS-15 rotational reassignment for a Civilian Deputy for the Operational Directorate.

It’s likely that Dave “is that the door handle” Bennett has his pick already and that individual will be working directly for him.

The town-hall meeting was a joke. There was no mention of any issues that plague the Agency.

Employees (and we taxpayers) are fed up with the severe lack of leadership, unfair employment  practices and blatant racism within DISA. Rumor has it, the Inspector General is either investigating or pretending to investigate, and that climate-survey assessments are occurring in some of the Directorates within the Agency.

The Agency truly needs to get rid of “BJ” Bennett and that grease-ball we affectionately call, The Swampman. These clowns have chased every other senior executive (SES) away if they did not look the other way and remain silent while Blow-job Bennett and the Swampman played games with people’s lives and livelihoods.Brinkley is now claiming that she is not racist because she is married to a African-American who also works in the agency.

The mismanagement and possible misappropriation of taxpayer dollars has been communicated numerous times to the IG, leadership at DISA, and to this day nothing has been done. Obviously, there are people in our government who really don’t care about fraud, waste and abuse of the taxpayer dollar.

The current IE Acting Civilian Deputy has been known as a major womanizer and has a history going back to the Sky 7 days in Virginia.

A female from the Sky 7 building had to be escorted out of the building because of an altercation that occurred. She destroyed the Acting Civilian Deputy’s office and cursed him out, threatening him in front of everyone to include his current boss Mr. Osborn.

You would think there is a police record to validate the altercation. Perhaps, just another fine example of an illicit affair going occurring… maybe in the parking garage, who knows? It makes us at MC.com want to vomit, when we think of the careers of military officers that have been utterly destroyed over fraternizing.

Sadly, in America … there are those who are truly above the law. Hey Mr. President, if your cell phone isn’t working, it’s because someone at DISA is getting laid, or enjoying a BJ in the parking garage.

For reliable communications Mr. President, we recommend you do some major house cleaning at DISA as soon as possible. Since American military communications are critical for the safety of the world, pick up the phone Mr. President and say these words, “Get rid of that pathetic Vice Admiral Norton, and that grease-ball Montemarano today. That’s an order!” If you do sir, hundreds of people in and out of DISA will rejoice.

THE SWAMP TENDS TO FOLLOW EACH OTHER AROUND – KENTUCKY GOVERNOR GIVES OLD ARMY BUDDY A $215,000/YR. PAY RAISE AT THE EXPENSE OF BLUEGRASS TAXPAYERS

Kentucky Gov. Matt Bevin gave a member of his administration (Charlie Grindle) a hefty pay raise to the tune of $215,000 per year. His original salary was $160,000 per year which brings Grindle up to [ … Read More]