MILITARYCORRUPTION.COM HIGHLIGHTS
ONE OF THE MOST IMPORTANT BOOKS PUBLISHED
ON THE SUBJECT IN MANY YEARS

On July 17, 1996, at approximately 2031 hrs., twelve minutes after takeoff from JFK Intl. Airport on a scheduled flight to Rome with a planned stopover in Paris, France, commercial Airliner TWA Flight 800 was “shot” out of the sky by the United States Navy. A massive cover-up ensued, with the FBI suppressing the truth in an effort to save Bill Clinton’s 1996 re-election chances. It was a surface-to-air missile that blasted the 747-100 right out of the sky killing 230 people, becoming the third-deadliest aviation accident in U.S. history.

But more than two decades have gone by and hopefully those same naval personnel have noticed, there’s a new sheriff in town. Love him or loath him, Donald Trump is NOT a member of the Washington Swamp. Trump certainly did us all a great service by driving a stake through the evil heart of the Clinton criminal enterprise, (no thanks to the Department of Justice). Hillary’s chances of being elected President of the United States now, are nil and never, but we would still like to see her run one more time to watch the fireworks.

There are still a few non-CIA influenced major book publishers in the United States, and publisher “Regnery History,” owned by the Salem Media Group, is one of them. Highly-respected investigative reporter Jack Cashill has been digging into the huge cover-up for two decades and his bombshell book TWA 800, THE CRASH, THE COVER-UP, AND THE CONSPIRACY is must reading for everyone who values a free and unbiased press.

What we have now – with some exceptions – is corporate media (New York TIMES, Washington POST, MSNBC, CNN and others) who perpetrate false news and aid and abet the “swamp creatures” that still infest Washington, D.C. While this is true now, it certainly was certainly the case in 1996.

It was the CIA that coined the phrase “conspiracy theorists” in an effort to denigrate and neutralize those who dare question “the official made-up story.” How many of you reading these words right now still believe Lee Harvey Oswald was a “lone gunman, a nut” who shot and killed President John F. Kennedy on November 22, 1963? Right.

Full disclosure: our beloved editor emeritus, MAJ Glenn MacDonald, USAR (Ret.) who began this website with the late GEN Peter E. Genovese, USA 18 years ago, was part of the team of United Press International correspondents who covered the TWA Flight 800 tragedy. Audio tape of his feeds to UPI RADIO in Washington that night hint at something other than the official explanation a spark in a fuel tank caused an explosion that brought down the 747 killing all 230 persons aboard.

While working for UPI, MacDonald reported that a New York Air National Guard helicopter pilot, MAJ Fritz Meyer, told reporters he saw what definitely looked like a rocket streak into the air and bring down the ill-fated airliner. In Cashill’s bombshell book, many other eyewitnesses are quoted as saying they witnessed the same thing.

But the FBI and lap-dog establishment media still stick to the official line it was an unfortunate “accident.” No terrorism or a Navy screw-up – that’s right folks: “Nothing to see here, just move right along.” Big media will tell you what to believe and when, and there is no need to vote in the next general election because the FBI will pick the next President for us.

In 2003, Cashill and another dogged investigator, James Sanders, wrote FIRST STRIKE, an account of the TWA Flight 800 shoot-down, exposing evidence uncovered as of that time. Now, 15 years later, he tells us the new book, with much more information that had been suppressed at the time “should be a run-away best-seller. But it will not. Dominant eastern media, led by the New York Times, has far too much to lose, as does the National Security State and important political players from 1996.” 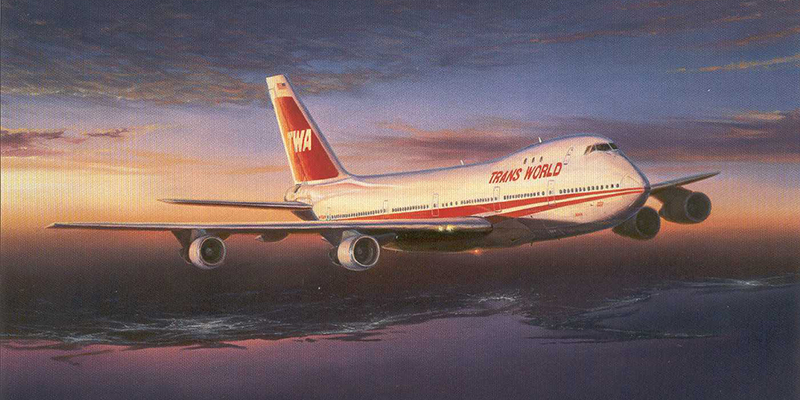 It appears the downing of Flight 800 was just a big screw-up by the Navy or those who advising the Navy that the area would be clear of civilian aircraft. If naval personnel were involved, certainly someone was derelict in their duty. At a minimum, it appears that one or more people should have been charged with involuntary manslaughter of 230 human beings that most likely involved criminal negligence.

If death is caused by criminal negligence, the killing is involuntary manslaughter. Criminal negligence requires a greater deviation from the “reasonable person” standard than is required for civil liability. But, it wasn’t just a potential trial for negligence that was at stake… it was the re-election of a President.

They may get away with covering it up yet again, and labeling us conspiracy theorists, but the many thousands of MCC readers around the world, a majority of them either veterans, retirees, and active-duty service members, can read this book for themselves to determine if the Navy shoot down of Flight 800 sounds credible. We give TWA Flight 800 – THE CRASH, THE COVER-UP AND THE CONSPIRACY by Jack Cashill our highest rating: FIVE “stars.”

Here’s how you get hold of the publisher: “REGNERY HISTORY,” 300 New Jersey Ave NW Washington, D.C. 20001. Be sure to visit their website at www.RegneryHistory.com. Tell your family and friends about this important book. Buy it. You will be glad you did.

WARNING – We have noticed FBI disinformation specialist James Kallstrom, the bully-boy who did his best to silence critics of the false “official story” on TWA Flight 800 has been trying to worm his way into the good graces of President Donald Trump. We have this to tell our commander-in-chief. Mr. President, don’t trust Kallstrom for a moment, no matter how “complimentary” his pronouncements may be, until he confesses his role in the cover-up, he is not to be trusted.

MilitaryCorruption.com will protect the identity of anyone what was there when it happened and wants to tell their account of what happened. Anyone who has knowledge of this incident who has remained silent, now is the time to come forward. Why? — Because the truth matters and history should not be saturated with lies and deceptions. When truth is suppressed, then the guilty go free and Equal Justice Under Law becomes nothing more than a joke. And, most importantly… as Edmund Burke said, “All that is necessary for the triumph of evil is that good men do nothing.”

ARMY INSPECTOR GENERAL CAUGHT ON HOT MIC – COLONEL “PHONY MF” CRUMBSNATCHER’S DECEITFULNESS CAME TO LIGHT AFTER HE HUNG UP THE PHONE, ONLY TO FIND OUT THE PHONE WASN’T HUNG UP!

For the record, we didn’t make up the name “CRUMBSNATCHER.” Someone else did. His real name is Colonel Krompecher, but we’ll keep the “Crumbsnatcher” moniker for now. Where deceitfulness is concerned, Crumbsnatcher is “Army Strong.” [ … Read More]

UNITED STATES NAVY CHOSE TO AVOID COURT-MARTIALING CAPTAIN JOHN R. NETTLETON, LETTING HIM ESCAPE ALL THOSE PESKY MILITARY LAWS THE NAVY APPLIES TO JUNIOR OFFICERS AND ENLISTED PERSONNEL – INSTEAD OF GETTING 15+ YEARS, NETTLETON ONLY HAS TO SERVE 2 YEARS (if that!)

United States Navy Captain John R. Nettleton received a slap on the wrist from U.S. District Judge Timothy J. Corrigan. As some of our readers may recall from a past article, a fight erupted inside [ … Read More]

ARMY MAJOR DAN JOHNSON STOLE $7,122 FROM THE AIR NATIONAL GUARD – EMBEZZLEMENT IS AN HONORABLE ACT IN THE ARMY, BECAUSE MAJOR JOHNSON RECEIVED AN HONORABLE DISCHARGE OSTENSIBLY TO RECEIVE VA BENEFITS! SWEET DEAL FOR A SCUMBAG LAWYER

We have written about this before, but some of our readers missed the truly outrageous factor, of where an Army Major and JAG officer stole $7,122 from the Army through an embezzlement scheme and ended [ … Read More]